You Need To Know: Credit Bureaus’ Settlement with 31 States

Because law makers understand the importance of our consumer credit reporting system and the very significant impact which credit can have upon the lives of their constituents there are a number of state and federal laws in place designed to keep the credit bureaus in check. The chief federal law which governs the credit bureaus is known as the Fair Credit Reporting Act (FCRA). 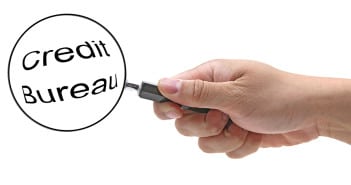 While the FCRA certainly provides consumers with some great protections when it comes to credit reporting, there are still many consumers who fall through the cracks. The credit bureaus each maintain some 200+ million files and, as a result, credit reporting errors are an unavoidable fact of life.

The FCRA already gives consumers the right to dispute credit reporting errors when they occur, but the dispute resolution processes in place at the credit bureaus are far from perfect. The Federal Trade Commission, the Consumer Financial Protection Bureau, and many state AG offices still receive hundreds of thousands of complaints each year from consumers regarding mistakes and injustices which are committed by the 3 credit bureaus and their data furnishers (the companies who report information about consumers to the credit bureaus).

The FCRA was originally enacted nearly 5 decades ago in 1970. Since then it has been amended several times as well. Major credit reporting policy changes have historically required an act of Congress to amend the FCRA. However, the most recent credit reporting settlement was reached between the 3 major credit bureaus and 31 states’ attorneys general. Though this settlement did not originate at the federal level, it still introduces some landmark policy changes in the consumer’s favor.

The multi-state settlement originally announced by the New York State attorney general, Eric Schneiderman, will apply to consumers living in all 50 states. Although the credit bureaus were not bound to make the policy changes for the states which were not involved in the settlement, it simply would not make sense from a procedural standpoint for the credit bureaus to have different sets of policies for consumers who reside in different states. This settlement became the National Consumer Assistance Plan (NCAP).

The National Consumer Assistance Plan (NCAP) was birthed out of the multi-state settlement as the credit bureaus’ vehicle to educate consumers and implement the changes agreed to under the settlement. In fact, the changes and new policies set forth in the settlement were so sweeping that the credit bureaus were given nearly 3 and 1/2 years before they were expected to have them fully implemented. It is not until June of 2018 before the final implementations of NCAP are expected to be completed. 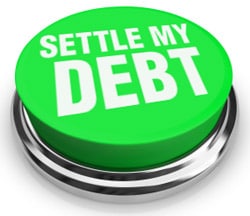 We will cover the National Consumer Assistance Plan in detail in another article. However, in the meantime here are some highlights of the most meaningful changes which have and will come about as a result of the landmark settlement.

What to Do If There are Errors on Your Credit Reports

Remember, it is up to you to check your credit reports frequently to make sure they contain accurate information. If you discover errors the FCRA gives you the right to dispute those errors, but that does not mean that you have to try to navigate the dispute process alone. You also have the right to hire a reputable credit professional to work on your behalf. CLICK HERE to schedule your free credit consultation now.

Article Name
You Need To Know: Credit Bureaus' Settlement with 31 States
Description
Credit reporting errors are serious matters. In fact, it would not be an exaggeration to state that credit reporting errors have the ability to wreak havoc upon people's lives. Derogatory information on your credit reports can hurt you in many ways. The fact that your negative credit report information is incorrect is not going to change the potentially serious impact which it may have upon your life and finances. The National Consumer Assistance Plan (NCAP) can help.
Author
Jason M. Kaplan, Esq.
Publisher Name
The Credit Pros
Publisher Logo