A Better Credit Score in One Easy Step

If there was just one easy step to getting a better credit score, you’d be willing to do it, right? You’re not the only one. Millions of Americans could benefit from just one simple change. What is this one little change that could affect the credit scores of millions?

Here’s the Answer:   According to one of the big three credit reporting agencies, Experian, the inclusion of utility bills in the calculation of credit scores could result in a higher score for nearly 97% of Americans. The only time utility bill payments are included on a credit report is when payments are delinquent. However, it was estimated that if payments made on time were also included, nearly 50% of credit scores under 600 would move out of the subprime range, increasing the number of scores in the “fair” category by up to 54%. Additionally, the number of scores currently above 660 would increase by 15%.   There are nearly 54 million Americans who are virtually invisible to the credit industry because they have not been able to establish a credit history. If things like utility bills, cell phone bills and rent payments were included in credit histories, these millions of people would have the credit rating they would need to gain financing through traditional measures.

So why isn’t this type of information included in credit histories?   Right now, the debate is raging regarding this very issue. Critics of the idea have proposed that including this information could do more damage than good. This “alternative credit reporting” could certainly help people with no established credit, but the impact could have the opposite effect on low income families who may need to pay a bill late due to needing to buy groceries or wait a few days for their next paycheck to come in. People who are struggling financially or trying to reestablish themselves after a bankruptcy or home foreclosure could also be affected negatively if they are unable to make all their payments on time. The concern expressed by critics is that this type of credit reporting would negatively affect most low-income families or those with little to no credit.   According to Experian, the inclusion of these types of payments would increase the credit scores of more than 75% of people who already have a credit score. Most of them, in fact, would increase by 11 points or more, which could easily affect the ability to get the best rate on a loan or mortgage and save people money every month. In contrast, the results of Experian’s study show that lowered credit scores would only be seen by about 3% of those currently with a credit rating.   Nothing is foolproof, and every idea has its drawbacks. But if close to 97% of people could benefit in the form of a better credit score with one easy step taken by the credit industry, it certainly bears serious consideration! 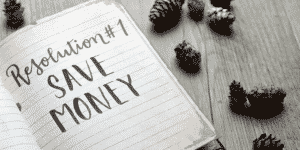